extent to which the police and prosecuting agencies now operate on counter- terrorism has been widened, with a major impact on civil liberties. Our lawyers have been involved in most of the last decade’s ‘terrorism’ cases in Scotland as well as campaigning vociferously against draconian terrorism legislation.

‘What is apparent is that minority ethnic, religious groups and the Irish community are primarily affected by the changes in the law and our lawyers are committed to safeguarding their basic and human rights, their freedom of speech, freedom of association and their right to a fair trial. Whilst many are silent, we are renowned for our principled stand against the draconian aspects of the terror laws and have proven ourselves time and time again.’

One the highest profile cases to take place in Scotland included the ‘terrorism’ trial of Mohammed Atif Siddique in 2007.

Aamer Anwar was put on trial for contempt of court for claiming his client was tried in an atmosphere of hostility and was an innocent man. After Aamer was acquitted of the charge, he went on to win the appeal for a miscarriage of justice and Siddique was freed from his 8 year sentence.

Our lawyers are passionate about their work and the ability to take on high risk cases is part of our firm’s ethos. We also have the firepower to deliver.

Remember if you are arrested under the Terrorism Laws and face charges you are entitled to pick your own lawyer and that you can have confidence in rather than one the state simply selects for you.

Punching far above our weight, the firm has developed a department that deals with Solemn Criminal work, with an in-house precognition team. At our fingertips are some of the country’s leading experts in computers, security, drugs and terrorism.

The firm’s has developed expertise in these types of cases by liaising with English firms with a unique experience including those of Gareth Peirce, lawyer for the Birmingham Six and Guilford Four or that of Imran Khan, lawyer for the Stephen Lawrence family and successfully developing case law on the terror laws.

As stated above we were successful in appealing against Scotland’s first ‘Islamic’ terrorism conviction before the Court of Appeal.

More recently our client John Gorman was acquitted of terror charges in a conspiracy to murder former UDA leaders Johnny ‘Mad Dog’ Adair and Sam McCrory as well as the Governor of Barlinnie Prison. The remaining three accused were convicted and sentenced to a total of 37 years.

Our firm has been a vocal opponent in Scotland of the Government’s planned extension of anti-terror powers challenging institutions such as the Government, Judiciary or Police.

Moazzam Begg- ex Guantanamo prisoner stated ‘In times of fear, hatred and violence it is often very difficult to find people with the courage and fortitude to fight for the rights of the demonised, down-trodden and marginalised….but Aamer Anwar, is one of those people, an avid defender of others’ rights ….’

Our firm is fearless in defending our client’s interests ‘representing the best traditions of the legal profession fulfilling a solicitor’s duty not only to act as the guardian of liberties but also to seek improvements in the law and the legal system.’

READ ‘THE GUARDIAN’S’ ARTICLE ABOUT ONE OF OUR CASES: 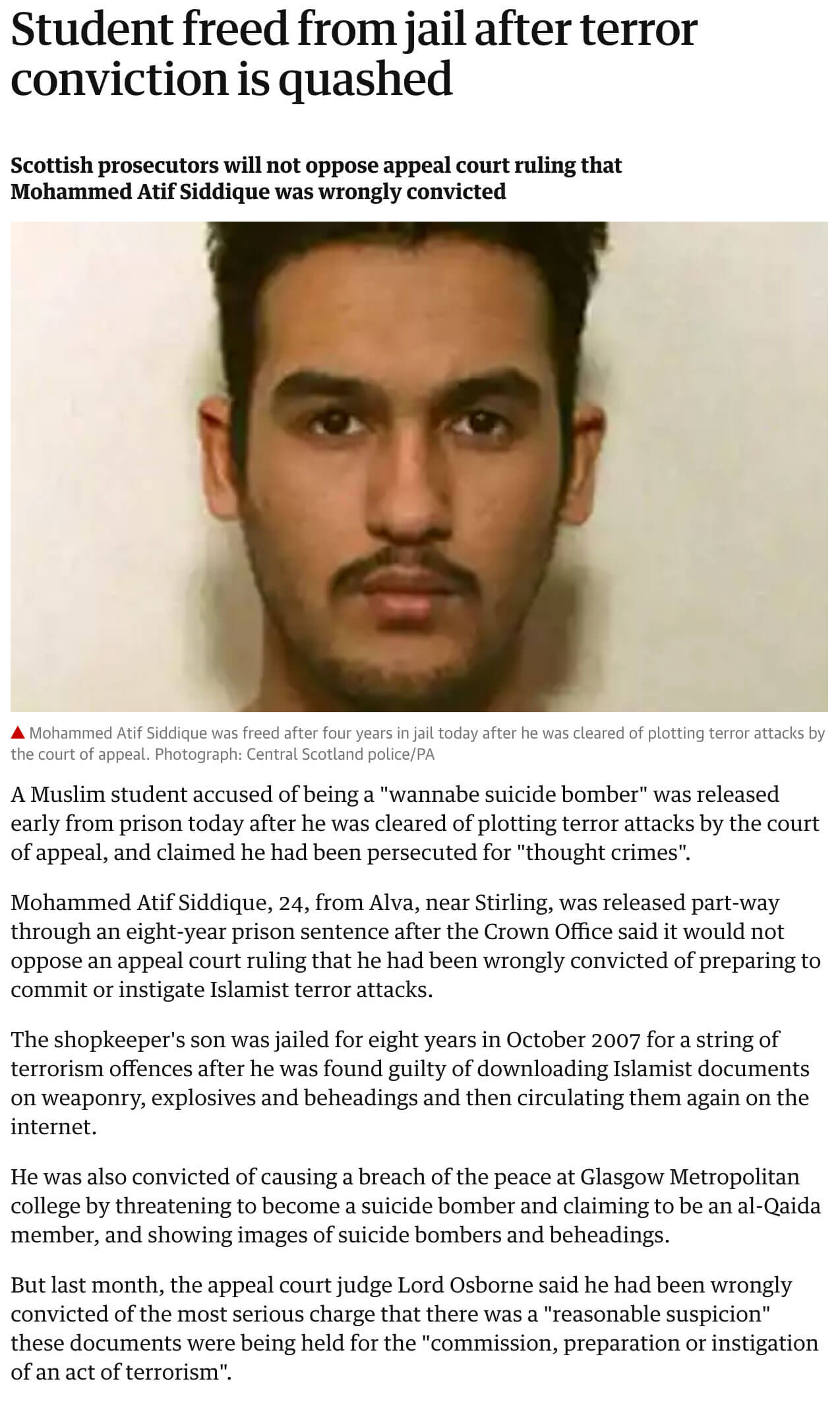