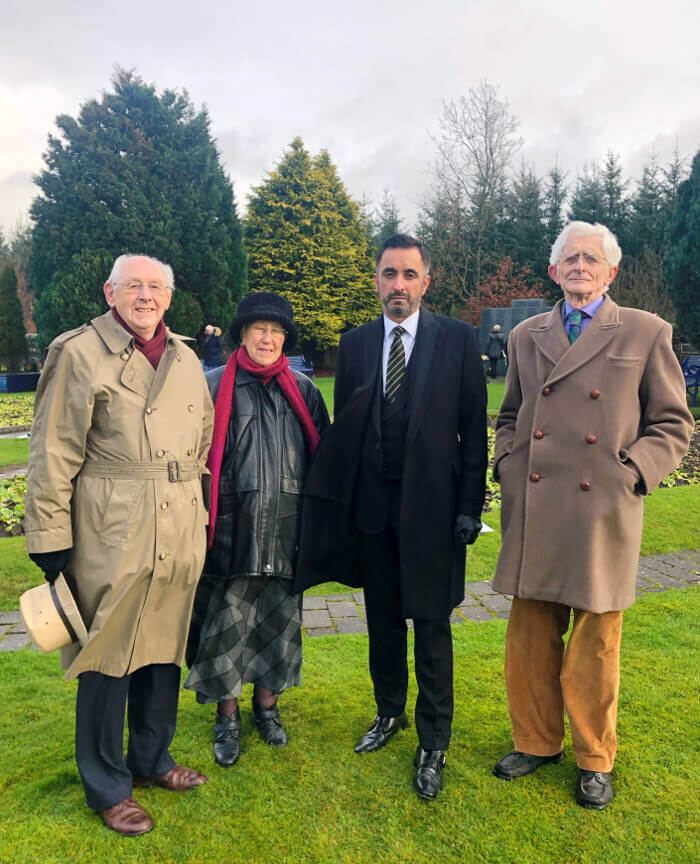 “This morning at the Remembrance Garden in Lockerbie I paid my respects to those who lost their lives three decades ago and was joined by Dr Jim Swire (father of Flora Swire (aged 23) murdered in the bombing of Pan Am Flight 103 along with the Rev. John Mosey (whose daughter Helga Mosey (19) who also died on the flight).

They have remained steadfast in their support for a posthumous appeal which seeks to overturn the conviction of the Abdelbaset Ali Mohmed Al-Megrahi.

It has been a long journey in the pursuit for truth and justice. When Pan Am Flight 103 exploded over Lockerbie on the 21st December 1988 killing 270 people from 21 countries, it remains the worst terrorist atrocity ever committed in the UK. Thirty years later the truth remains elusive.

Many believe that Megrahi was the victim of a miscarriage of justice and the finger of blame has long been pointed in the direction of Iran for having ordered a Syria- Palestinian group to carry out a revenge attack for the downing of an Iranian Airbus flight 655 by the US Vincennes on the 3rd July 1988 which killed all 290 on board, they were also victims.

If the long struggle of Dr Jim Swire, Rev John Mosey and many of the British relatives has indicated anything, then it is that they should not have to go through unyielding confrontations with the police and Crown Office just to get the necessary information in their fight for justice.

Over the years, the case of Abdelbasset Al- Megrahi has been described as the worst miscarriage of justice in British legal history.

A reversal of the verdict would of course mean that the governments of the United States and the United Kingdom stand exposed as having lived a monumental lie for 30 years by imprisoning a man they knew to be innocent.

The reputation of the Scottish law has suffered both at home and internationally because of widespread doubts about the conviction.

It is in the interests of justice and restoring confidence in our criminal justice system that these doubts can be addressed, however the only place to determine whether a miscarriage of justice did occur is in the Court of Appeal, where the evidence can be subjected to rigorous scrutiny. We hope that can finally take place next year.”