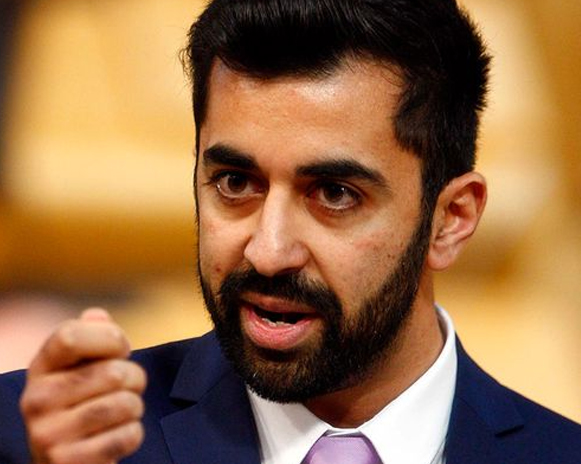 “I welcome the Cabinet Secretary’s statement that the Scottish Government is absolutely committed to ‘the principle of Trial by Jury’.

Last week along with the Law Society, the former Lord President Lord Hope, the Faculty of Advocates as well as Victim’s groups we took part in a series of meetings with Mr. Yousaf.

We are optimistic that going forward the rights of the accused and victims can be assured without dismantling fundamental bedrocks of our justice system.

Yesterday I was asked to join the Independent Advisory Group set up by the Chief Constable and chaired by John Scott QC, to look at the use of emergency powers by Police Scotland.

Policing by consent remains essential and the group is determined to include critical voices of the BAME, youth, refugees, disabled, women, mental health groups, homeless and community grassroots advocates to ensure that police powers are used proportionately and reasonably.

On the central issue of prisons the provision of mobile phones will go some way to helping those who are worried for their loved ones, not knowing when they will see them again.

It is a welcome move that prison population is to be reduced as quickly and safely as possible. Prisons have been described as a ‘petri dish’ in which the outbreak of the virus will have devastating consequences.

It has been now over three weeks since the lockdown came into effect, up to a quarter of prison staff have had to self-isolate, this has had a significant impact on safety but also the well-being of prisoners. The SPS does not have the luxury of time and must move swiftly before lives are lost.

At a time that the Government is expecting members of the public to observe laws and guidance on social distancing, it would be unacceptable for that not also to apply to prisons. Single cell occupancy must the only option during this pandemic, if the health, safety and welfare of prisoners is truly paramount and it is right that the Government is taking steps to ensure this.

For those concerned about the risk that prisoner release poses to members of the public, important caveats are attached which stops the release of sex offenders, domestic abusers or those sentenced for terror offences.

We understand that the COVID19 regime now means the locking up of prisoners in cells for most of the day, combining this with the suspension of family visits and the fear of a virus spreading, this is having a significant impact on the mental and physical wellbeing of both prisoners. The SPS must be transparent on how mental health is being supported by a system that faced a damning indictment prior to COVID19.

For those wishing to condemn the measures undertaken by the Cabinet Secretary for Justice, they should remember the virus does not discriminate. If our Government has a duty to protect lives, then that also applies to some of society’s most vulnerable and disadvantaged incarcerated in our prisons.

The actions taken today by Humza Yousaf are what any civilised democracy should do to protect life. Prison is never meant to be a death sentence and by taking these difficult steps more lives will be saved.”