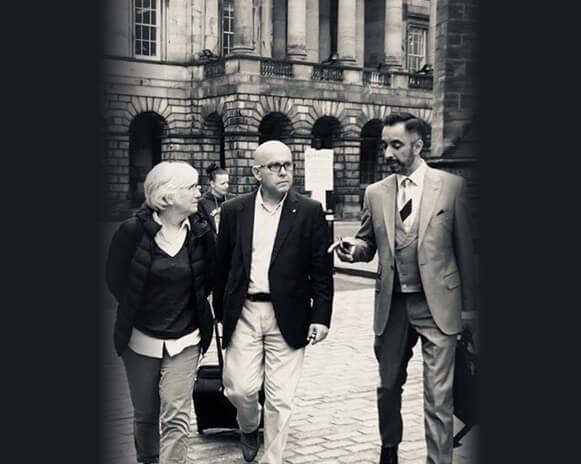 Statement by lawyer Aamer Anwar on behalf of Clara Ponsati
A short while ago the updated warrant with additional information requested by the UK authorities was returned to the NCA by Judge Llarena.

I understand from my discussions with the UK authorities that the additional information has been accepted and the warrant is now certified and live.

However, the information sent is once again minimal in detail, and there is little evidence of the detail of the crime of sedition. Perhaps because they can find none?

Spain has done little to resolve the glaring contradictions contained in a ‘rambling’ warrant, except to now add to the contradiction and confusion.

On this occasion, Judge Llarena appears to be accusing Clara of ‘disobedience’ rather than ‘sedition’ in what is supposed to be a clarification.

These matters will be drawn to the attention of our courts, and we will now make preparations for Clara Ponsati to attend at the Edinburgh Police Office on Thursday 14th November and court that afternoon.

We will robustly defend Clara from Spain’s abuse of the extradition process and any attempt to persecute her for exercising the democratic mandate of the Catalan people.