My friends visiting this week asked us for help with their teenage daughter. I thought she must be in serious trouble as they spoke in hushed tones until they said she was on Social Media.

When me and my wife stopped laughing, they told us that she was addicted to her phone, was up to the early hours of the morning, slept with it under pillow and that they didn’t even know their 12 year old’s pin number.

Miss X then walked in, subjecting us to a tirade of abuse accusing us of being dinosaurs. After she calmed down I called her bluff and said show us your phone. She didn’t want her parents to look but said we could to prove she had nothing to hide.

We saw the usual Twitter, Facebook and WhatsApp, but then the applications just grew in number from the instant photo producing favourite of Celebs- Instagram to Snap Chat which allows photos to disappear after 30 seconds and others I had never heard of.

When I checked the photos of her followers, many were of boys, when I checked further, some were in a state of undress whilst others were just plain drunk. The response ‘was oh they’re just famous’ yet they looked more like ordinary teenagers. But so what even if they were famous?

Very quickly the tears began to roll and demands for trust and privacy began. Of course such adult demands never extended to a promise to pay her mobile bills. I soon realised she had no concept of privacy controls which meant the whole planet could view what she or her friends had posted.

Even more horrifying for her parents was the discovery of sexualised language,  drunken photos of scantily clad school friends, or that racist and homophobic language was the norm.

Checking through hundreds of her friends we found she had never met 99% of them. She was getting likes for her photos from amazingly good looking males desperate to befriend this spotty 12 year old.

As we looked at the glamorous photos of ‘dream guys’ claiming to live jet set lifestyles, I wondered why they would want to befriend a 12 year old and tell her she was looking sexy.

Were some of them in fact just perverts looking for young naïve girls on social media?

Sexual predators befriend and quickly graduate to requests for more intimate photos, until they want to meet for real when it could be too late.

If a 40 year climbed up a ladder to your 12 year old daughter’s bedroom window to tell her she was sexy what would you do, so why are parents so hesitant on setting boundaries for their children’s use of social media?

There is something seriously wrong when parents are inhibited from wanting to know if their children are having sex, taking drugs, getting drunk or self-harming?

The tragic suicide of 14 year old Hanna Smith recently made the news as cyber bully thugs anonymously abused, threatened and humiliated her until she killed herself.

Social media can be a tremendous gift if used safely. We should remember when we taught our children to swim or ride a bike, we tried to make sure they didn’t drown or fall off, social media should be no different.

As for my pals at first they screamed and threatened to take their daughter’s phone away, but she hadn’t actually done anything wrong. We tried to reason with them and state that banning the use of technology would never work.

My friends pointed out how easy it was for me to pontificate with a daughter aged only two and a son aged five, but as parents we need to re-educate ourselves before we try to educate our children to the dangers of social media.

An estimated 2000 men women and children peacefully protesting were massacred this week by Egyptian security forces. 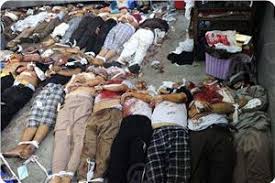 The Muslim Brotherhood Government voted in a year ago was the first democratic government in Egypt’s 3000 year history but was overthrown by a military coup on the 3rd July.

Obama finally said ‘we condemn the violence’ but missed out that he had paid for it with 1.3 Billion Dollars in aid to the Military every year.

The army have used snipers, tear gas and tanks to brutally exterminate the opposition whilst claiming they want to restore democracy!

The only people who will benefit from the blood bath are terrorists and extremists who will quickly fill the vacuum.

At one point the Egyptian Revolution gave hope to all the people of the Middle East to rise up, but sadly it’s a rapid return to the old business of torture, dictators and mass murder.

Keeping the social media theme going the most original abuse I saw this week on Twitter has to go to Tatty and Danny Boy, with Tatty talking about a ‘nose being the size of a Nuclear Reactor’ and Danny calling someone ‘ a heavy budgie smuggler’– where do these jokers get their lines?